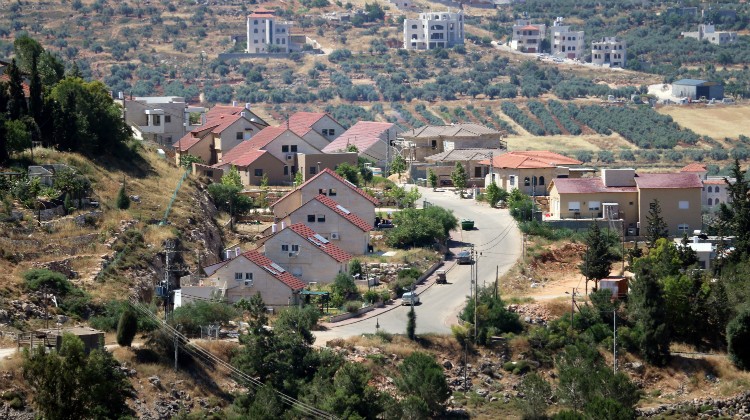 SS, 31, married and the father of two children, Yatma

I live in Yatma, I’m a construction worker, I’ve been working in the settlement Shilo for the past three months. I have a permit from the civil administration. I’m employed by a Palestinian contractor from the village Qabalan. I’m married and I have two daughters, they are four and two, I am the only breadwinner in the family.

On March 17, 2011, I arrived at work in the settlement at 7 am and began working. At around 9:30 am I was working on the roof of a two-story building and suddenly I heard someone shout, he said “come”, I looked over and immediately was hit hard on the head with a metal rod. The man who attacked me wore a mask. After that blow, I saw another guy, they both had sidelocks and then they sprayed my eyes with pepper gas. There were over eight masked settlers. I shouted for help, I was alone up on the roof, but there was a worker from Qabalan on the floor below. I fell down to the floor and the attackers continued to beat me, they all had metal rods. I kept shouting.

There’s a regular Jewish guard for the building, he’s named M. After they had been beating me for about five minutes, the guard arrived. He tried to get me out of there and push them away, but they pushed him and sprayed him with pepper gas too, and he couldn’t. The Palestinian worker from the second floor also came to my aid but he couldn’t either.

At a certain point, I tried to get up, but they pushed me down on the floor, took concrete blocks and bashed them into my head, my shoulder, my ribs and my leg. M, the Jewish guard saw this was serious and he called the settler civilian security coordinator [CSC]. When the attackers saw him making the call, they ran away and left me bleeding. A few minutes later, the CSC arrived and called an ambulance.

I kept bleeding for 10-15 minutes until the Israeli ambulance arrived and they gave me first aid. They took me to Sinjil Junction on route 60, called a Palestinian ambulance and it took me to hospital in Ramallah. I stayed there for treatment for three or four hours. I have 14 stitched in my head, and it’s bandaged. I don’t have any fractures, but I have severe bruises.

That same day, the contractor called me and took me and the Jewish house owner to file a complaint at the Binyamin Police. We filed a complaint and gave testimony. Because the attackers were masked and sprayed my eyes, it will be hard for me to identify them. I looked death in the eye. All I wanted to do was to make a living. I have headaches, my eyes burn, they tear and are red. I’m traumatized and I can’t manage to get back to my routine.

On August 15, 2011 the police closed the investigation file due to “offender unknown”.
Silence is Golden