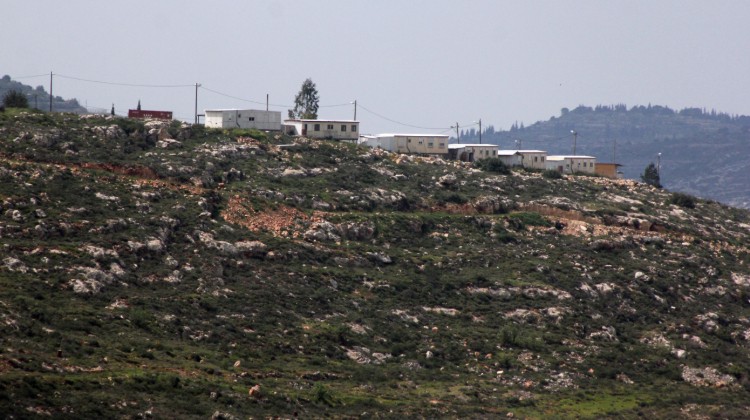 MG, 49, married and the father of three, al-Khader

On October 3, 2012 I went to my plot at around 8 am. I usually go there early so I can get as many hours of work done. When I got to my plot, I discovered that someone had dug about fifty holes that were 50×50 cm and deep enough for planting saplings. There was no other damage besides that. The holes were dispersed over the entire plot. I also saw tracks left by the backhoe loader tires that had dug the holes.

I had visited the plot four days earlier and there weren’t any holes then.

That day, I couldn’t go file a complaint for family reasons, so I went to Gush Etzion Police and filed a complaint on October 11, 2012, a week after the incident. The investigator said they would look into it and would contact me. A month later, the police called me and wanted to go to my plot with me. I was at work in Beit Shemesh and couldn’t accompany the policemen myself, so I called my brother and asked him to accompany the police officers. The officers came to my plot and took photos of the holes and I haven’t heard from them since. After the police officers came, we plowed the plot. I asked the neighboring landowners whether they had seen any settlers, but nobody saw them doing it.

I’d like to note that earlier this year, on April 29, 2012 I filed a complaint with the Gush Etzion Police regarding another incident on that same plot. That time, settlers plowed my plot. The owner of a neighboring plot called me to ask whether I was working on my plot because he saw people plowing it using a blue and white plow. I said I wasn’t. people don’t just plow land, they don’t volunteer to plow land owned by others.

On November 11, 2012 the police closed the investigation file due to “offender unknown”.
Silence is Golden