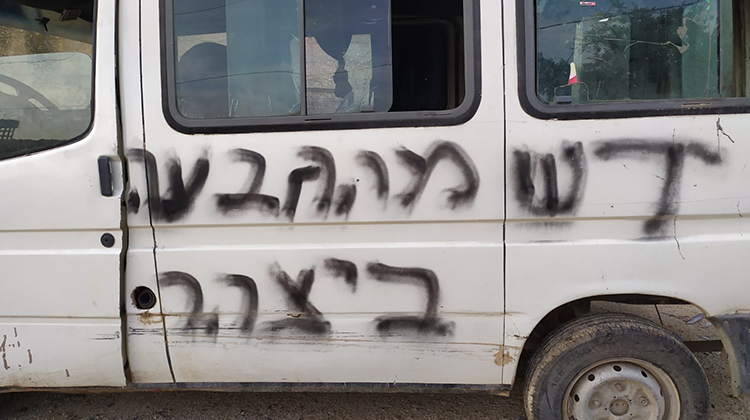 Wael Najar, 45, married and the father of five, Yatma

My house is in the village’s northern neighborhood, about half a kilometer from the village center. It has two floors. My mother lives on the first floor and I live on the second floor with my wife and our five children – three sons and two daughters, the eldest is 19 and the youngest is four.

I work as a landscaper, I work on gardens. In the past three years I worked only in the West Bank, anywhere they need me. I have a white 2015 Volkswagen. I use this vehicle for work, driving workers and equipment.

I suffered from the army during the beginning of the second intifada, in 2000, soldiers came into my home twice and searched it, but they never arrested me.

On Thursday October 24, 2019, I got home at almost midnight. I parked the car by the house and went inside. I smoked an argileh and stayed up until 1 am and went to sleep. There wasn’t anything going on in Yatma that night. Everything was quiet.

At 4 in the morning my nephew called me, his house is close to mine. He told me that settlers slashed all the tires of 13 cars in the neighborhood, including mine.

That night they slashed the tires of 31 cars in the village, sprayed price tag graffiti on two houses and on three cars, they sprayed a star of David on two, and sprayed a price tag slogan on the third.

At around 1 pm, four army jeeps and an Israeli DCO jeep arrived. They came to my house and to the punctured vehicles. There was a police officer with the soldiers. I gave him my testimony about what had happened to my car and the village’s cars and filed a complaint. I spoke Hebrew. I speak a little Hebrew. I signed the testimony. The army and DCO took pictures and documented. They stayed until 2 pm and then left. They didn’t give me a receipt for filing a complaint. The damage was to the tires I replaced. Each cost me 400 shekels.

On March 3, 2020, the police informed Yesh Din that it closed the investigation file. It did not provide the reason for this decision.
Silence is Golden