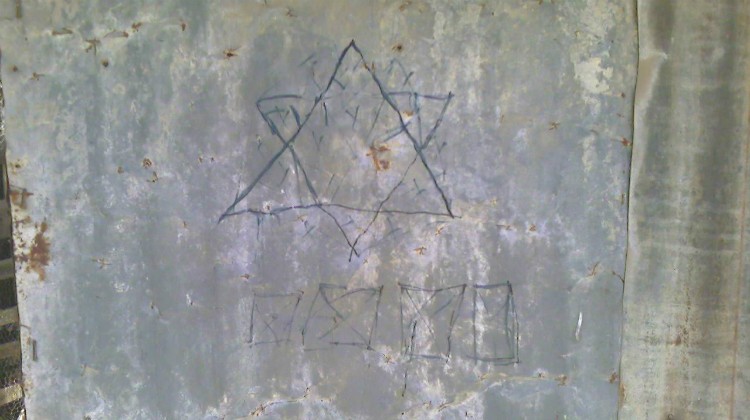 My house is on the outskirts of Burin, about 20 meters from the road that leads up to Yizhar. There is a henhouse and an aviary for doves made of tin by my house, an empty animal pen and a plot of land with a small grove. Between the trees I grow vegetables.

In 2000, the settlers burned down the pen, which had 15 goats in it. After I fixed it up, the settlers broke into the pen and stole 40 goats. Since then, they have continued to harass us. The family complains at the Ariel Police and nothing happens. Even after my son identified a settler from Yizhar who stole a goat in a police lineup.

On Thursday June 21, 2007 at 11 pm, I heard stones being thrown at the window of our house. I suspected it was settlers, because this happens quite often. I warned the children not to open the windows or go outdoors. After a few minutes, the sound stopped.

When we woke up at 5 am for prayers, I heard the hens in the yard. I though to myself, how could that be? I shut them in the henhouse last night. I opened the door to the house and saw that the henhouse doors had been forced opened and 20 hens and 20 doves were missing. There were only six hens and four doves left. They cut down several trees and uprooted squash plants on the plot by our house. They painted a star of David and wrote in Hebrew on the henhouse walls.

At six am, I called the head of our village council and informed him of the incident. He said he’d take care of it. At noon, an army jeep and a DCO jeep drove up. The soldiers said the graffiti said “revenge” and wiped it off, they photographed the damage and left.

A short while later, a police jeep arrived with two policemen and a policewoman.  They took my testimony, photographed the damage and left me a receipt for submitting a complaint. One of the policemen suggested I photograph the settlers during an incident. I said: “How? When I’m afraid they’ll kill me?”

On August 5, 2007, the police informed Yesh Din that the investigation file was closed due to “offender unknown”.
Silence is Golden