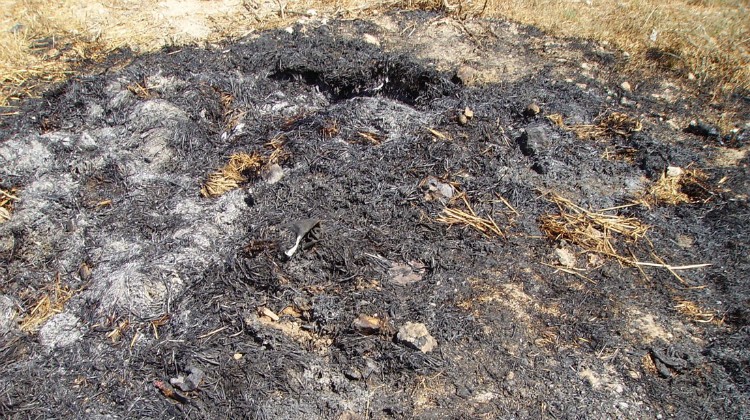 MD, 27, married and the father of four, Burqah

My house is about two km from Burqah, close to the train station. It’s a Bedouin tent.

On Thursday July 19, 2007 at 5:30 pm, settlers passed by my home. There were children and women too. There were about 80 people coming down from the settlement of Homesh towards the settlement Shavei Shomron. Some had weapons and some didn’t.

About 15 came near my tent and threatened us with their weapons to stay inside. We were: my father, my mother, my wife, myself and four young children. We stayed inside the tent while they torched the goats’ winter feed that we had set aside. There were several bales, about two tons worth, which cost about ILS 7,000.

I photographed the scorched earth and I have it on disc too. I gave two photographs to the police and I kept two.

This is the first time I’m filing a complaint.