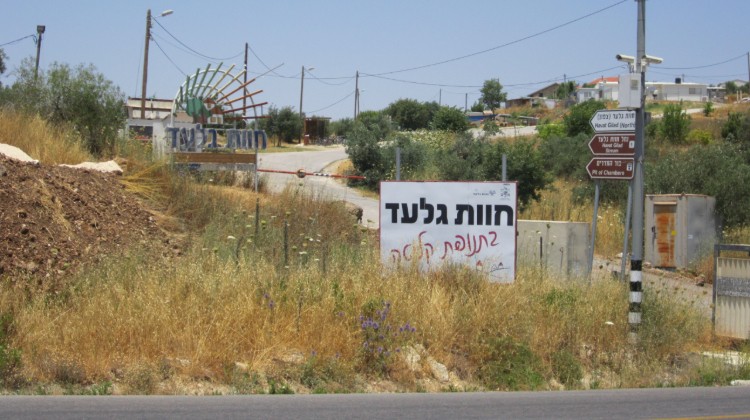 The plot is 700 meters south of the village and about 1.5 km south of Havat Gilad. The land I own is 1.5 dunams and has a well on it. Five years ago, I planted thirty olive saplings and six fig trees. Two years ago, in August 2007, settlers uprooted 28 olive saplings and five fig trees. I didn’t plant anything there afterwards. My plot borders MA’s plot, and I leased eight-nine dunams from him, and I’ve been farming it for nine years. Originally there were 130 olive trees, twenty fig trees, 110 grapevines, one hundred almond trees, which I planted. I plow three times a year. Two years ago, when trees were uprooted from my plot, trees were also uprooted from this plot and it now has 105 olive trees, six fig trees, 21 grapevines and ten almond trees.

In addition, in April last year, I started digging a well on my plot and when I had dug four meters deep, I left my tools inside the well. In August last year, I came to do more work and saw that all my tools had been stolen: three large pickaxes, two small pickaxes, two smaller hoes, a large hoe and three rubber baskets for removing waste. I looked all over my plot, but I couldn’t find them.

Two weeks later, I bought new tools and continued digging. Three settlers arrived, about 20 years-old. One of them had an Uzi rifle and said, “If I tell you to go home, will you?” I pretended not to hear him, and he put his rifle up to my head and asked, “If I put a bullet in your head, will you leave?” I said I wouldn’t leave, because this is my land. I didn’t file a complaint about all these the harassments because I didn’t know I could, I only notified the Red Cross, and the last time I informed them, they gave me Yesh Din’s number and that’s how I reached you.

On Monday, November 16, 2009 at 7 am my wife and I went to plow the land I own and the land I lease to plant fava beans. We took our donkey. At 8:15, my wife told me that there were three settlers about ten meters away. They looked 16-17 years-old. One of them approached me and started following me, so I raised my stick at the donkey, so he’d see I had a stick if he was planning to jump on me. He just looked at me, and five minutes later he walked over to his friends and they started whispering.

My wife thought they were planning to attack us, and I thought they were planning to steal the tools, which were about 15 meters away. There was a saddle, sacks that attach to the saddle, and a blanket for the donkey’s back. They walked over to the saddle, one of them put it on his back like a donkey, and the rest took everything else. I ran after them for about one hundred meters towards Havat Gilad but I couldn’t overtake them. I was afraid to get closer to the outpost, I was afraid I might be beaten.

A few minutes later, my wife saw a border police jeep on the hill across, about 300 meters from us. I walked towards the jeep, and twenty meters before I reached it I called out to the soldiers. Two soldiers got out of the jeep. One of them asked what happened, so I told him. One of the soldiers said he saw three settlers, one with a black shirt (the one who approached me) and said the settlers had a camera and once they saw the soldiers, they left so the soldiers wouldn’t be able to see them. The soldier asked for my name, my ID number and my phone number, and said they’d check and update me.

After about half an hour, the soldiers called and said they were inside the settlement, and could we see them. My wife could. They asked, “where are they headed?” I said that on the slope there are two yellow houses and they went to the one on the left-hand side, a few moments later the soldiers called and said they couldn’t find anything. When I was on my way home at 11:15, they called me again and said they talked to the settlers and they promised to return what they stole to the army by the evening, and the soldiers would return my things to me. They didn’t call or return anything.

The things that were stolen from me are worth around ILS 1,500.

While the complainant identified the thief in the photo album lineup the police presented him with, in July 2010 the police closed the investigation file due to “lack of evidence”. Yesh Din appealed this decision.
Yesh Din’s appeal was rejected by the State Attorney’s Office on September 11, 2001 because “the evidence does not provide a sufficient basis for serving an indictment.”