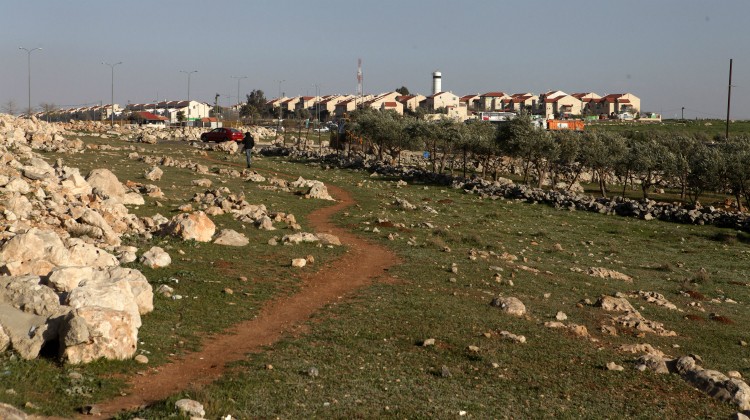 My family owns a plot of land east of the village Mikhmas, 5-6 km from the village. East of the land, settlers built the outpost Neve Erez, and our land is just by the outpost fence. There are no trees on our land, but in the past my father used to grow seasonal crops, barley, wheat and other crops. The plot is registered in the Tabu [land registry].

On June 8, 2014, my cousin – who owns neighboring land – called me and said that one of the herders in the area had informed him that settlers had entered my plot and begun doing some work there, and that a tractor leveled the soil and uprooted the plants that had been there. I immediately went over to my plot and saw that indeed, they had trespassed and done some work, apparently to prepare for cultivating the plot. I photographed the plot and informed the local council.

On July 6, 2014 I filed a complaint with the Binyamin Police. I presented the police officer with the title to the land. The officer asked me to photograph my plot and give him the photos. Two other relatives filed the complaint with me, and authorized me to follow up on the complaint.

The land they worked on is 16 dunams. It includes, in addition to my plot, plots that belong to other neighbors.

On April 13, 2015 the police closed the investigation file due to “offender unknown”.
Silence is Golden