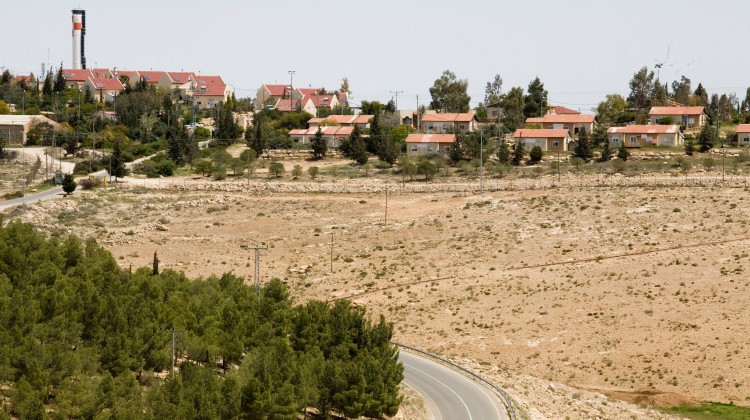 My family owns a 200 dunam plot of land which is north of the settlement Carmel. Most of the plot has olive, almond trees and seasonal fruit trees on it. In the past, the plot was used for crops, but over the past five years we planted mainly olive and almond trees. I’ve never had problems concerning the land before.

I come to my land every week and the last time I was there on November 15, 2012, there was no problem. Other relatives were also there that week.

On November 22, 2012 at around 1 pm, a man named MA called me, he lives close to the plot and is a herder. He told me that he had been to the plot that day and that settlers had damaged trees on my plot and sprayed slogans in Hebrew on the ground: “Price tag Tel Aviv Be’er Sheva”. I immediately went to my plot and was stunned by the damage they had caused me.

This is a catastrophe – over four hundred olive and almond trees were sawed down or uprooted. The trees are still young, they’re three-five years old. There are one thousand trees on my plot. They were planted five years ago.

I returned to Yatta and told the other landowners about the damage. I also called the Kiryat Arba Police and they asked me to meet them on my land. I went over to my plot again with other relatives and we met the police there. There were also DCO officers with them. We walked around the plot with lighting they brought and they photographed the damage and the slogans. After that, they asked me to come to the Kiryat Arba Police and file a complaint. I filed a complaint properly and went home.

The following day I got a phone call from an Israeli army officer called S, who asked me to come to the plot with him. He also wanted to document the incident. I forgot to mention that the previous day Bedouin trackers accompanied the police officers, they didn’t tell me what they found, but the officers led me to believe there were seven settlers involved.

The damage is estimated at ILS 300,000 because the trees were supposed to bear fruit next year and now we have to wait for five more years. A new sapling costs ILS 30 and there’s the price of the water that needs to be brought over in tanks, compost and months of work.

On August 13, 2013 the police closed the investigation file due to “offender unknown”.
Silence is Golden