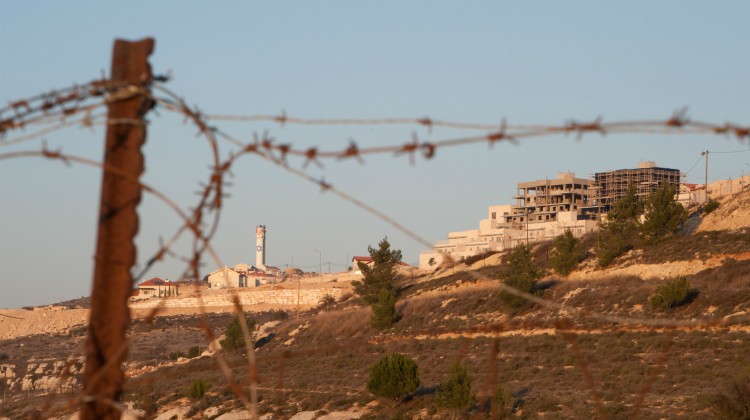 I live in al-Khader and I own a five dunam plot of land in Ein al-Qasseis, about two km from my home. We grow olives, grapes and figs.

HS, who I’m complaining about, is a settler from the outpost Sde Boaz, which is two km north of the settlement Neve Daniel, which is also on land owned by al-Khader. The distance between my land and the settler HS’s mobile home is about 50 meters. A dirt road separates my land from the mobile homes.

HS and his friend gradually took over lands by the outpost owned by people from my village. Three years ago I rode my tractor to plow my land, but the road was blocked by a mound of rocks and earth that the settler HS piled there, 50 meters from my plot and 200 meters from the outpost on the road that we used when riding from al-Khader to our land in Ein al-Qasseis.

I went home to get organized and drove to the Kfar Etzion Police to file a complaint against closing the road. I gave my complaint to an Israeli officer named A and received a copy of the complaint. The officer promised charges would be brought against HS in court. A few days later, I went back to my land on foot with some tools and began working. The road was still blocked by the mound HS had made and barbed wire.

HS, who lives about 200 meters from my plot, appeared with his dogs and threatened me with his weapon and told me to leave because the entire area belongs to Jews. I returned to my plot several time to try and farm, and every time he forced me to leave. Soldiers joined HS, they were put in a nearby structure to guard the outpost residents. HS and the guards have forbidden me from working on my land for the past three years. Nothing happened following my complaint: I never heard back from the police or any other authority.

Four months ago, I filed another complaint at Kfar Etzion Police with the same officer A. After that, when I tried going to my land, HS threatened to kill me with his weapon if I dare return.

On November 12, 2006 the police informed Yesh Din that it closed the investigation file due to “lack of guilt”.
Silence is Golden