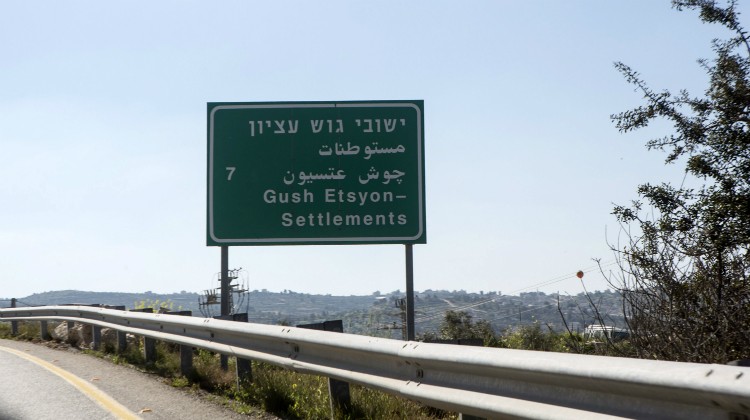 I’mad Natasha, 34, married and the father of four children, Hebron

I own a commercial Volkswagen vehicle, which I use to distribute cosmetics to towns in the area of Hebron, Bethlehem and Nahhalin.

On Saturday, August 13, 2016 at about 4:30 pm I finished my work in Nahhalin and took the road from Nahhalin towards Gush Etzion on my way home (route 3676). While I was driving uphill, I noticed three to four settlers crouching behind trees in the woods on the right side of the road. When I got close to them, they stood up abruptly and threw stones at the car. The settlers’ faces were covered. I was driving and concentrated on the road. I managed to see a settler throwing a rock. He was wearing a white shirt and his face was covered in something olive or black. The settlers who were throwing stones were standing about ten meters away from the car. I felt the stone throwers set up an ambush, hiding in the trees and waiting for a car to reach them, and they chose me because my car is big and heavy, and is relatively slow going uphill. There’s an iron railing along the road on the right, so that the settlers didn’t walk down to the road. I think that the settlers were 17-20 years old, though it was hard for me to see them exactly. They were masked, and I was driving.

The windshield was damaged by two stones that were thrown, and broke. My face and the hands were hurt by shrapnel flying and I bled from my face and hands. The impact on the windshield caused me to lose fifty percent of my field of vision. Nevertheless, I continued to drive, and the settlers kept on throwing stones. Three stones hit the right side of the car. They went on throwing stones at the car even as I drove away. While I drove, I honked my horn to warn the vehicles in the opposite direction of the settlers’ ambush.

I want to tell you that when I went into the police station to file the complaint, the soldier at the gate pointed his weapon at me the whole time, and it really scared me. I was very scared if I made the wrong move, he would kill me. So when the investigator finished the investigation, I asked him to accompany me to the gate because I was very afraid of the soldier. The investigator escorted me.

The windshield repair cost me ILS 450. I asked the policeman who would reimburse me for the damages, and the policeman told me that my insurance had to pay for it.

On August 14, 2016 (a day after the incident), the police closed the investigation file on the grounds of “perpetrator unknown”.
Silence is Golden