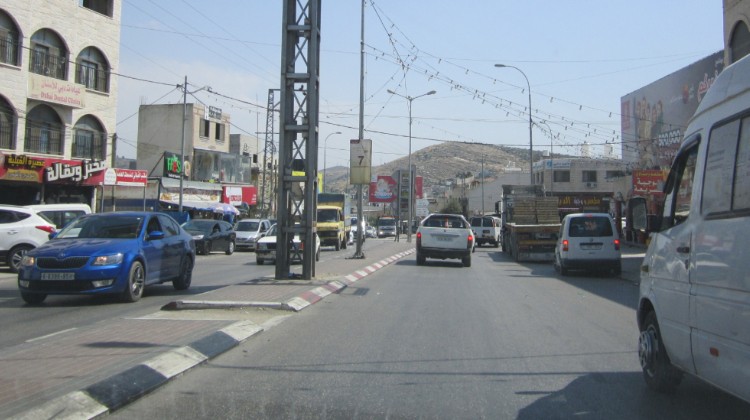 I’m a mechanic and I own an auto shop. I live on the village’s main road (route 60) by the bridge, about 400 meters south of “Zamzam” supermarket. I live on the top floor, and on the bottom floor I have my auto shop.

On December 21, 2007 on the night between Thursday and Friday, I was at home. A little after midnight, I heard glass being shattered. The next morning, I saw the windshield of my Audi was shattered.

On December 26, 2007 on the night between Tuesday and Wednesday I was at home. At about 12:30 am I heard glass breaking. From the window I saw someone getting into a Subaru station wagon and driving off. My house mate and I went outside, got into my car and chased him until Huwarah checkpoint. There he parked his car, by the soldiers at the checkpoint. We got to the checkpoint, got out of the car and the soldiers came up to us. My house mate speaks Hebrew. He pointed to the parked Subaru and told the soldier (who was short) everything that had happened. Then the driver of the Subaru station wagon fled, probably because he realized we were talking to the soldiers about him.

The soldiers didn’t stop the criminal. Instead of arresting him they checked us (IDs, making us lift our shirts up and the such). Afterwards, we went home. Then I saw that all the windows of a client’s car were broken. The car was in the body shop under my house.

On December 27, 2007 on the night between Thursday and Friday, I was at home. At 11:30 pm I heard glass being shattered, and I went to the window and saw the white Subaru station wagon driving towards Huwarah checkpoint. That night I didn’t go down and chase him. The next morning, I saw that the windows of my Renault Express were broken, and a large rock in the front seat.

We always found rocks around the vehicles’ shattered windows.

I work as a watchman in the village, guarding the businesses on the main street. I work at night, 7 pm – 7 am. My cellphone is my guarding “weapon”. I’ve done this job for about two years.

On December 28, 2007 at about 1 am between Thursday and Friday, while I was sweeping the parking lot outside “Zamzam” supermarket in the center of the village, on the east side of the main road – route 60, a white Subaru station wagon with a dent on the right side charged at me.

It was nighttime and the area is dark, so I can’t identify the man. The army patrols the road regularly and frequently, but during that time no army vehicle passed.

On December 31, 2007 on the night between Sunday and Monday around 1 am, I was inside the restaurant adjacent to the supermarket (south of the supermarket). From the glass door I saw that same vehicle pull up, he parked the car in the lot outside the restaurant. The man left the car, went up to the restaurant’s glass door and began knocking on the glass, he shouted at me, he spoke Hebrew and I couldn’t understand a word. Then I saw him cross the road, and he went over to the ATM at the bank across the road, I saw him throwing stones and breaking the ATM glass. Then I saw him throwing stones at a car parked by the ATM. All its windows shattered. While he was standing by the broken ATM, he fired a shot in the air with his weapon. After that, he got back into his car and continued driving north, towards Huwarah checkpoint.

While he was driving, he continued firing, because I heard a lot of shots. I heard from other people in the village that he broke the windows of additional cars that same night, later at night. I stayed in the restaurant until 7 am, and then I went home.

On December 27, 2007 the night of Eid al-Adha, at about 11:45 pm, I was in the restaurant next door to “Zamzam” supermarket. It’s a bakery and restaurant I own. I left the restaurant to throw out the trash. Suddenly a closed bottle of Schweppes soda was thrown at me and hit my shoulder. I looked up and saw a white Subaru station wagon. This car is known in the village, I’ve heard about this car. I realized it was the same settler. I went into the restaurant right away, there was nobody inside, I saw the car drive away. It drove north to the direction of Huwarah checkpoint.

On February 5, 2008, the police informed Yesh Din that the investigation file was closed due to “offender unknown”.
Silence is Golden